Our people make the difference. 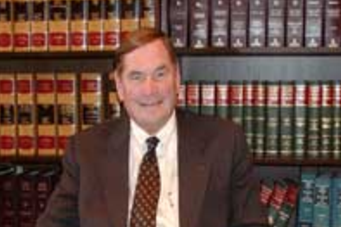 Willard E. Bartel (Bill) has represented plaintiffs in personal injury, medical malpractice, products liability, and major disaster cases for over 42 years.  He has tried cases in state and federal courts throughout Ohio, and has been instrumental in obtaining seven figure verdicts and settlements for his clients throughout his years of practice.  He has argued cases at all appellate levels including the Supreme Court of Ohio and the United States Court of Appeals.  Mr. Bartel considers a working and friendly relationship between attorney and client of the utmost importance to his practice.  He is also involved in many charitable activities in the greater Cleveland area.

​Currently, Mr. Bartel is co-administrator of over 14,000 estates for asbestos related deaths.